5 Top Reasons Why the Brisbane Market is Set for Growth 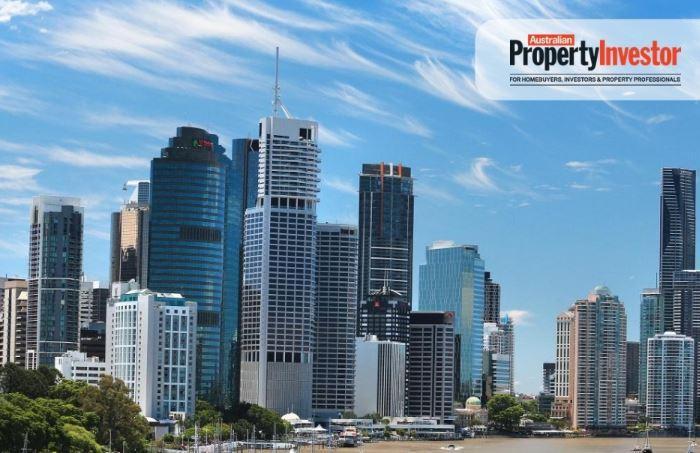 There is a lot of speculation about which property markets in Australia may outperform in the immediate future. The Australian Property Market as a whole has been going through some very rough times, but not all markets in Australia have been losing value. As a Brisbane market specialist, I can certainly outline why Brisbane is one of those markets with many strong fundamentals in place for upward pressure on housing prices. According to several leading real estate analysts, the Brisbane market is now on the verge of some significant growth. Here I explain the 5 top reasons why Brisbane may be set to outperform some other major housing markets within and around Australia.

Brisbane’s population has been consisently increasing over the past few years, and the rate of population growth has been accelerating over the last 4 years straight. This is driven largely by an increase in interstate migration whereby many are giving up on lifestyle offered by the more expensive larger cities in Australia, in search of more affordable housing options, the laid back lifestyle and a warm climate to match. ABS data confirms that Queensland is Australia’s favourite destination for interstate moves, with just over 220,000 people switching their address to the Sunshine State in the five years preceding the 2016 Census of Population and Housing, and the majority of these new arrivals are settling in the south east corner.

Of course, when you have an increasing number of people moving to Brisbane, there have to be employment opportunities for them and also a place they can call home. This increases the demand for housing in a given area, and in some locations where there is limited new supply of housing, it can lead to upward pressure on prices.

2. The Oversupply of Units seems to have been absorbed

A couple of years ago, most commentators were predicting that there would be a bloodbath in the Brisbane unit market because there was so much new supply coming to market and a concern that not enough buyers would be able to settle on their off-the-plan purchases. In actual fact, whilst there has been a softening in the price of inner-city units in Brisbane, we certainly have not seen prices fall significantly as per previous predictions. Furthermore, it seems that the supply has been very well absorbed by the increasing population growth to the region. We now have a situation where apartment completions are decreasing dramatically, and commencements have also dropped significantly, and there is now a very real chance that the whole unit market in Brisbane will be in undersupply by 2020 and beyond. The most recent Herron Todd White property clock places Brisbane units as approaching the bottom of the market and this may be supported by recent values in Brisbane units showing stabilisation of values.

The Queensland economy struggled in years past after the mining boom came to an abrupt halt, but we have now seen a rebound in economic growth. According to Deloitte Access Economics, Queensland is expected to grow at a very healthy 3.4% in 2019, and this comes off the back of many consecutive quarters of positive growth in business investment. There are a huge number of multi-million-dollar projects around Brisbane at the moment, creating jobs and stimulating the economy once again. According to the Brisbane City Council Economic Development Plan, by 2031, the Brisbane economy is expected to be worth more than $217 billion.

4. Relative affordability to Melbourne and Sydney

The value gap between Brisbane and the two southern cities of Melbourne and Sydney is the largest it has ever been. Between 2012 and 2017, median values rose more than 50% in Melbourne and more than 80% in Sydney, whereas in Brisbane during the same period price growth was slow and steady. This relative affordability, is likely to be a contributing factor to the increasing levels of interstate migration.

5. Brisbane has a significant number of infrastructure projects underway

The improving local economic conditions in Brisbane is being underpinned by the biggest infrastructure spend since the 2011 flood recovery. Projects include the Queens Warf, Howard Street Wharf, the second airport runway, cross-river rail, Herston Quarter, The University of the Sunshine Coast Petrie Campus, the metro and TradeCoast. The list goes on and on. Of course, these major projects will bring a diverse range of employment opportunities to the region.

Brisbane appears to be a great place to invest right now and certainly the fundamentals are in place for future capital growth. Of course, like all city regions, there are markets within markets, and not all suburbs are likely to perform equally. It is important to understand local drivers of both supply and demand to determine which pockets are likely to outperform the averages. Investors are encouraged to perform their own due diligence before jumping in to a new investment purchase. Brisbane is certainly set for growth, but some areas may be much better placed than others for maximum growth potential with the next property market upswing.  To maximize your chances of selecting the best areas to capitalize on the upswing, get in touch today.

To get your FREE copy of “5 THINGS TO CONSIDER BEFORE PURCHASING PROPERTY IN BRISBANE” ebook, please enter the details in the form below and send it to us.