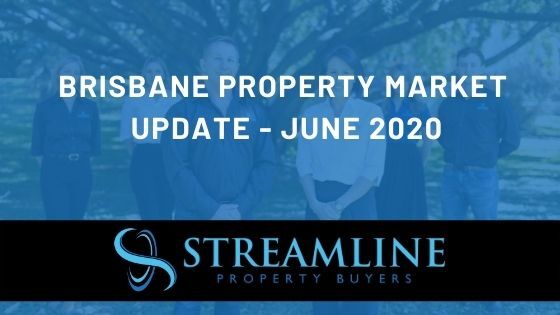 The real estate market in Brisbane continues to prove its resilience, despite the Coronavirus shock. The long awaited lift in the housing market throughout late 2019 and early into 2020 has definitely slowed down, but Brisbane still looks better placed to weather the storm in terms of fundamentals, compared to other capitals around the country.  This month’s Brisbane Property Market Update unpacks all of the latest data, as well as our on-the-ground update.

With Brisbane less exposed to the shock pause in international tourism, compared to its close coastal regions of Gold Coast and Sunshine Coast, downside risk is more limited. It is also expected that Queensland, as a whole, is more likely to be supported by a domestic tourism recovery in the near term future.

Brisbane also has a lower exposure to foreign education and migration, compared to Sydney and Melbourne. Since 2013, population flows into Queensland have been steadily rising, but obviously the impact of Covid-19 travel restrictions will see a large dent in this trend for the short term. With the highest level of residents from around the country preferring to relocate to Queensland, it is likely that interstate migration will continue to drive population growth once the state borders are reopened. Deloitte Access Economics forecast population growth to slip to 1% in 2020 and 0.8% in 2021, but it is encouraging that growth will still occur, just as a lower level.

When we explore what has been happening at a local level in this Brisbane Property Market Update, the turnover in real estate was down 40% in Queensland in April, compared to 45% nationally according to Westpac Economics.  But sales activity has jumped 22% in May (Westpac Housing Pulse) which is positive for the local market. Despite this, sales volumes are still -30.2% lower than the equivalent period last year in Brisbane according to Corelogic which is contributing to the imbalance causing a strong seller’s market right now.

Buyer demand is strong, driven largely by owner occupiers and also first home buyers according to our Agent network. This is similar to what we reported last month.  We are also starting to see investor inquiry pick up, although this segment of buyers are still more cautious about the overall macroeconomic environment. Property search activity has increased more than 45% from a year ago according to REA Group … another positive sign that seems to be associated with more buyers on the ground at open homes across Brisbane.

Asking Prices for Brisbane houses are +0.4% higher for the month of June according to SQM Research, and 0.8% higher for units.  Asking rents based on SQM Data in Brisbane also look optimistic with growth of +1.5% in the housing market and +1% for units for the week ending 28 June 2020.

Price growth based on settled sales in Brisbane according to the Corelogic Hedonic Home Value Index at the end of June 2020 has moderated, rather than faltered. Over Greater Brisbane house prices are recording a -0.4% change compared to a softening in the unit market -0.8%. Given the macro-economic environment and the very low transaction volumes this is not alarming at all.

Vacancy Rates at a city level have recovered slightly from April to May, but there are some suburbs we consider to be at risk.  Rental vacancies have continued to escalate between March and May on a month by month basis in the CBD (currently at 13.3%), West End (9.1%), Newstead (7.7%) and Herston (7.7%).

Property investors need to be aware that Brisbane is not one property market and it is important to understand location and product type before making any investment decisions.

Looking forward, Queensland unemployment has increased to 6.8% in April 2020 (JLL Research), but new payroll data released by the ABS shows jobs in Queensland fell 6.1% between March and May and total wages fell 4.6%, but this was less than the national average in both instances. This is reassuring for our local economy at this time.

With major infrastructure projects already underway, the Brisbane City council announcing further fast tracked projects including the construction of new river crossings and the federal government announcing that the inland high speed rail project linking Melbourne and Brisbane to be pushed forward, this is more good news for our region.

The supply pipeline still remains grim, as we have reported previously, with residential approvals across Brisbane continuing to decline.  New dwelling approvals fell -17.7% across greater Brisbane to the year ending March 2020 and now they are likely to decline further due to Covid-19. New completions for apartments are down from 2019 again this year and this trend is also likely to continue.

With the current imbalance between supply and demand, the future does look bright despite what is going on around us. For those with a long term horizon, it might be time to think about preparing to get into the market.

We hope you have enjoyed this month’s Brisbane Property Market Update.  If you would like to get in touch to find out more, please contact us TODAY!