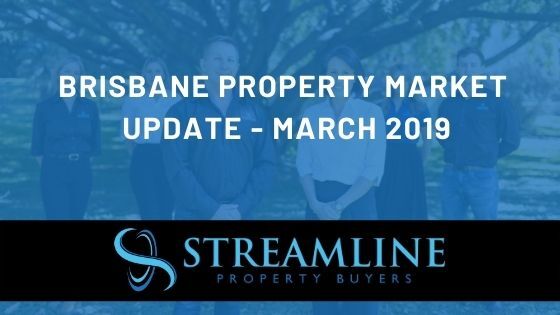 With the first quarter of 2019 drawing to a close, we have seen the Brisbane Property Market ease slightly with a monthly decline in median dwelling values of -0.6%, contributing to an annual change of -1.3% over the last 12 months, according to the latest CoreLogic Data. The biggest contributing factor is likely to be attributed to the tightening of lending practices as well as the uncertainty we are experiencing across all markets in the lead up to the 2019 Federal election. At the time of writing this Brisbane Property Market Update March 2019, we note that this trend is unlikely to continue into the latter part of 2019, due to the fact that our local economy has all of the indicators in place for upward pressure on housing prices. Below we address some of the things that will continue to support the local market in Brisbane both now and into the future.

The Herron Todd White Property Clock for April 2019 places Brisbane houses at the start of a recovery, a position our city has held for some time now. 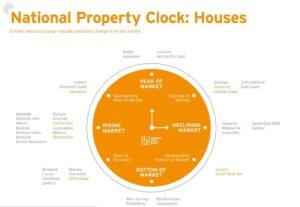 For units, the same report places Brisbane at the position of approaching the bottom of the market. 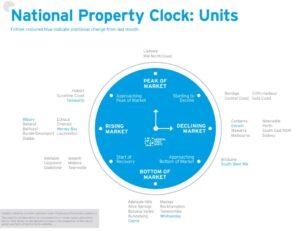 Looking back over the last 7 years, Brisbane has been welcoming between 30,000 and 140,000 new residents to the city per year and for four years in a row now, population growth in Brisbane has been accelerating. We are the third most populated city in Australia, behind Sydney and Melbourne. The population as at June 2017 in the Brisbane Metropolitan area was 2,413,457 and this is expected to increase to 3,667,302 by June 2041 according to population projections

The most recent figures from the 2016 Census showed we had 789,464 dwellings in the Brisbane metropolitan area and forecast figures estimate we will have approximately 1,283,601 by 2036.

That is an enormous change in only 20 years, and those who have lived in Brisbane for many years will understand how fast our City is transitioning from a small country town (which is how many used to describe Brisbane) to becoming a world class destination.

Whilst in years passed our local economy relied heavily on the mining boom, now the top five industries by employment are health care, professional, scientific and technical services, retail trade, education and training and construction. Of course this is being supported by more than $25 billion in infrastructure spending. Among the largest projects currently underway we have the cross-river rail project and the Metro project which will change the way Brisbane commuters can get access to the CBD. Brisbane Airport’s second runway, the biomedical precinct in Herston as well as new hotels and restaurants at the Howard Street Wharfs also adds to the optimism for the region. Queen’s Wharf, an integrated resort and casino will put Brisbane on the international map for tourists and transform a significant portion of the CBD riverbank precinct. Brisbane really has transitioned well in recent years, and will continue to do so in the immediate future, and this has contributed to the stability we have seen within our housing market. 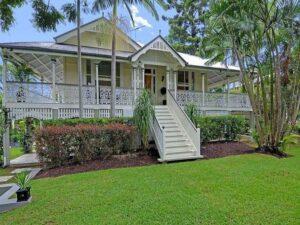 Brisbane has been described as the location where you can have a champagne location on a beer budget. Homes are more affordable, compared to the larger east coast cities in Australia and investors can find great value in many pockets around our City with attractive yields.

So where to from here in relation to the Brisbane Property Market? We see the immediate future to be flat, until the pending Federal election is behind us. Then, in the second half of 2019, we see it will be time for Brisbane to shine. Strap yourself in for the ride … it has been a long time coming.

If you, or anyone you know, would like assistance with buying property in Brisbane please contact us on 1300 318 477 or email info@streamlineproperty.com.au. Alternatively, book a time below to speak with us about how we can help you with your Brisbane property purchase.