What is a Priority Development Area? 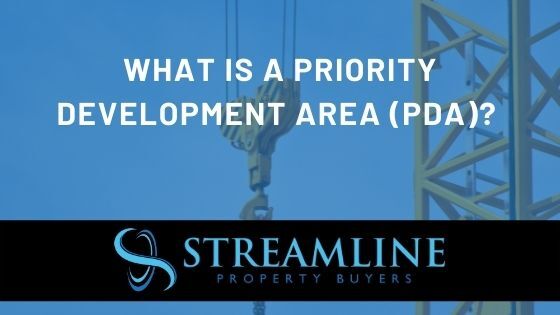 If you are a property owner or a property investor in Queensland, it is important to know if there may be a Priority Development Area (PDAs) nearby, so that you can determine what impact, if any, these areas may have on your property values. 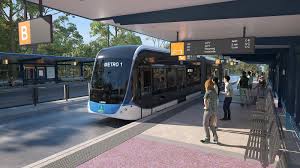 This priority development area facilitates the development associated with the Cross River Rail which is a 10.2 kilometre rail line being constructed from Dutton Park through to Bowen Hills, with a 5.9 kilometre tunnel under the Brisbane River and Brisbane City Centre.  This PDA was declared in December 2018 and there is currently an Interim Land Use Plan in place which provides a planning framework for development within this PDA until a development scheme is approved.

The Bowen Hills priority development area facilitates the development of a regionally significant mixed use precinct that is well connected to public transport and the Brisbane CBD.  It incorporates 108 hectares of land in the inner norther suburb of Bowen Hills in Brisbane.  This PDA was declared in March 2008, and there has already been some significant transformations in this region in and around the landmark places including the Brisbane Showgrounds and the Old Museum.

Other areas that are included within this PDA are Perry Park, Bowen Park, the Exhibition Railway Station and the Bowen Hills Railway Station.  The development of this area is being controlled by the Bowen Hills PDA Development Scheme which came into effect in July 2009, but has had two subsequent amendments in April 2010 and more recently in June 2019. The latest update has resulted in new building heights and increased communal space which provides for the long-term growth of around 23,000 new homes (mainly high density) and one million square metres of commercial, retail and industrial floor space.

This priority development area has been developed into a residential community that includes significant bushland area and open space and covers 295 hectares in the northern suburbs of Fitzgibbon, Carseldine, Bald Hills, Taigum and Deagon.  It has been in place since July 2008 with significant changes around the Carseldine Train Station including an Urban Village area as well as smaller lot housing in the nearby residential areas in Fitzgibbon.

The Herston Quarter priority development area was declared in November 2016 and this area is currently being redeveloped into a mixed-use, health related precinct.  The PDA covers approximately 6 hectares in the inner northern suburb of Herston, and the redevelopment includes a public heal facility, private hospital, aged care and retirement living, residential accommodation, childcare facilities, retail and restaurants.  It also includes state-listed heritage sites including the Lady Lamington Nurses Home, Edith Cavell and Lady Norman Buildings which will be preserve and re-used.  The development is being controlled by the Hertson Quarter PDA Development Scheme which came into effect in December 2017.

This priority development area covers 304 hectares of land and has over 3 kilometres of river frontage in Hamilton, just six kilometres from the Brisbane CBD.  It was formerly a wharf and port area, which is being transformed into a large urban renewal area.  The precinct is very close to the Brisbane airport and the Australian Trade Coast precinct which is the second largest employment region in Brisbane, outside of the CBD.  The Northshore Hamilton PDA Development Scheme came into effect in July 2009 and already there has been significant advancements in the transformation in this region since.

The Oxley priority development area aims to deliver new homes and community facilities while retaining vegetation and open space.  It came into effect in August 2018 and covers approximately 19 hectares of land in Oxley, about 11 kilometres south-west of the Brisbane CBD.  The site is proposed to include a new residentail community within a bushland setting, retirement or ‘ageing-in-place’ accommodation, community facilities and the relocated C&K Yuingi Child Care Centre from flood-prone land.   The Oxley PDA Development Scheme came into effect in August 2019. 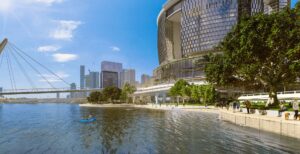 The Queens Wharf priority development area incorporates land between the Brisbane River and George Street and between Alice Street and Queen Streets, with a riverfront connection to the Goodwill Bridge.  With construction already underway, the PDA is facilitating the development of an integrated resort area and associated infrastructure.  The PDA was declared in November 2014 and is being controlled by the Queens Wharf Brisbane PDA Development Scheme which commenced in January 2016.

8.  The Mill at Moreton Bay

This Priority development area, located in and around Petrie in Moreton Bay, incorporates the existing Petrie Town Centre and land near the Kallangur and Lawnton train stations.  It is facilitating the development of the University of the Sunshine Coast campus as well as new health, retail, commercial and residential developments and community infrastructure.  Stage One of the university will be delivering courses from Semester 1 in 2020.  The area, previously the site of the former paper mill, was declared as a PDA in September 2016 and is being controlled by The Mill at Moreton Bay development scheme which commenced in August 2017.

The Wooloongabba Priority development area is located in the suburb of Wooloongabba, just 2km south of the Brisbane CBD.  It consists of a 10 hectare site between Vulture Street to the north, Stanley Street to the south, Allen Street to the west and Main Street to the east.  The PDA was declared in April 2010 and is facilitating the redevelopment of mixed use zones (high density development fo 20-30 stories) as well as civic and open space areas and incorporating a major public transport interchange consisting of the Cross River Rail station as well as an integrated Bus exchange.

The Priority development area in Yeronga consists of approximately 3 hectares of land and includes a proposal to construct a new community centre, diverse residential options, small scale retail and improved active transport.  This is a new PDA, declared in August 2018 and the Yeronga Priority Development Area Development Scheme came into effect in August 2019.

You will see that each Priority Development Area is in place for a different reason and some are to increase the supply of residential properties, others are likely to increase the supply of commercial or industrial properties and then there are those that will create jobs in the local community.  Not all PDAs will deliver jobs so it is important to understand how each of these areas will change in the future.

If you own property, or are looking to purchase property, in and around these regions, please get in touch to discuss how these priority development areas may impact on property values in each of these areas and what that means for you as a home owner or a property investor.