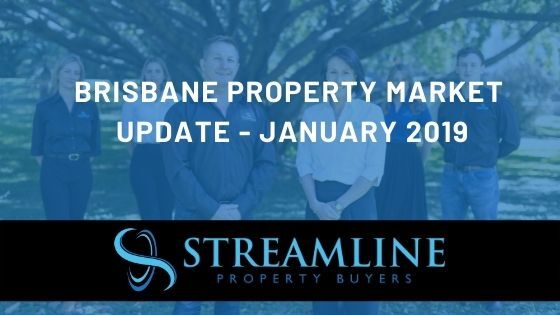 January is traditionally a very quiet month on the real estate scene with property buyers getting out of holiday mode and back into the swing of things throughout the first few weeks of the year. This month’s Brisbane Property Market Update January 2019 relies on the same data, but with sales volumes down over the holiday period, we always have to consider the relevance of short-term trends compared with the longer-term results, which for Brisbane have shown a modest rise in house values of 0.4% over the last 12 months.

Many commentators have described Brisbane as being on the cusp of substantial price rises for many years, some now predicting that Brisbane shows the most potential for capital growth over the next three years

At this time, we have not yet seen the significant price increases that are predicted. Instead the Brisbane property market has strengthened in a more measured way, and whilst values have fallen in the two largest capital cities over the last 18 months within Australia, being Sydney and Melbourne, there has been no such weakness in the Brisbane Property Market over the same period of time. This is despite the macro financial changes that have been instigated by Australian regulators that have resulted in restrained credit availability.

The latest Corelogic Data for January 2019 shows that Brisbane has again placed in four of the top ten capital growth sub-region performances across Australia, with positive growth between 0.8% up to 2.4% within these regions in January. Whilst this is not outstanding, it does provide evidence of market strength in some pockets.

This is a reason why having local knowledge about infrastructure investment, which drives employment opportunities and boosts liveability, is imperative for picking locations that will outperform the wider market. There is so much infrastructure development for Brisbane either planned or already underway,  so we are optimistic about the flow on impact of some of these larger projects. These are just some of the drivers of capital growth that need to be considered, but we are always viewing opportunities in Brisbane considering both macro and micro drivers in a particular location.

Of course, Brisbane, being Australia’s third largest capital city, is still a comparatively affordable city for real estate and this is a huge draw card for property investors. Add to this the attractive yields that can still be achieved in Brisbane, which works to offset a large portion of an investor’s on-going holding costs. We are certainly seeing more interstate investor interest in Brisbane at the moment and let’s not forget the increasing rate of interstate migration which has been on the upward swing over the last two years. The high levels of interstate migration are also expected to bolster Brisbane’s housing market. Brisbane is looking more attractive every day.

We look forward to bringing you next month’s update. Based on what we are seeing on the ground with more buyer interest and increasing numbers at open inspections, we are optimistic about the results over the coming months.  Get in touch today if you need professional assistance with your Brisbane Property purchase.