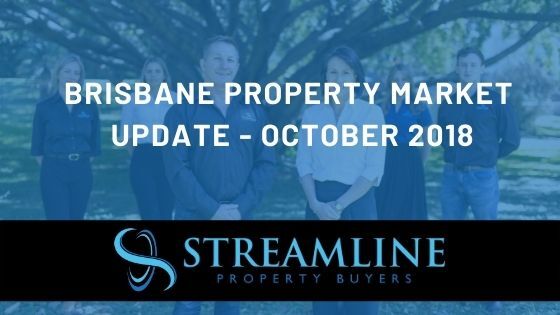 There has been a continuing theme being reported in the media relating to National Dwelling Values continuing to trend lower. The latest CoreLogic Hedonic Home Value Index data has confirmed this.  But as I have stated in a previous Blog, there are many property markets in Australia and each of those is performing in a different way, depending on local circumstances. In this Brisbane Property Market Update October 2018, we will explore how the Brisbane Property Market is performing, and how the local property market performance compares with other property markets around Australia.

According to the latest data from CoreLogic, the weakest conditions continued to be felt across Australia’s two largest cities, Sydney and Melbourne, where dwelling values continued to fall in October. Sydney is now reporting -7.4% growth over the last 12 months and Melbourne -4.7%. Negative growth was also reported in Perth where the annual change in dwelling prices is now at -3.3%. It was cited that tighter credit conditions had been a significant contributor to slower housing activity.

But once again, when you read beyond the headlines, it is evident that other areas in Australia are not receding. In fact, the Brisbane Property Market, and in particular individual houses have been reported in a Domain article to have bucked the national trend with positive house price growth despite the current difficultly with lending restrictions.

Annual growth for the Brisbane Property Market as reported in the latest CoreLogic Report is still positive at 0.4%, and although it is not impressive, it does show market resistance during a time where the macro-housing conditions across Australia have been weak. But as always, it is important to understand which sub-regions are outperforming others, because even within every City there are smaller sub-markets that are demonstrating even more resilience to the national trend.

When we look at the top ten sub-regions for the annual change in dwelling values, we see Brisbane’s West tracking at 3.5% annual growth, Moreton Bay South at 2% and Brisbane’s East at 1.3%. It is interesting to see these areas are being driven by a mix of high rates of population growth, some more affordable housing options and lifestyle factors as well.

Even the apartment market in Brisbane is showing positive signs of a recovery with major data revealed from JLL’s Apartment Market Report stating that the Brisbane Apartment Market is stabilising with the worst likely to have now passed. This is also good news for Brisbane where there was a real fear of a hard landing for apartments due to oversupply issues.

So whilst there has been a lot of headwind for housing markets across Australia, it is encouraging to see that the Brisbane Property Market continues to buck the national trend. Even in times when the capital growth is slow, there are opportunities to be found in Brisbane. Our City is well placed for future growth as it is in a rising market according to the Property Clock reported in the latest Herron Todd White Residential Property Report.  There are also a number of other factors helping to support housing demand including tightening labour markets, which should support further improvement in wages growth – thus boosting housing affordability. We continue to be optimistic about the Brisbane Property Market.

Get in touch today for further details.